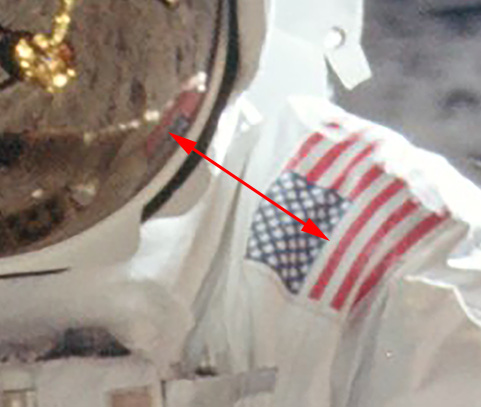 The reflective sphere of the visor curves away from the curved flag patch which curves away in the opposite direction causing these stripes to distort and become thin and start to appear to blend with the red stripes.
We can reproduce a similar effect using Blender to create a similar scene. 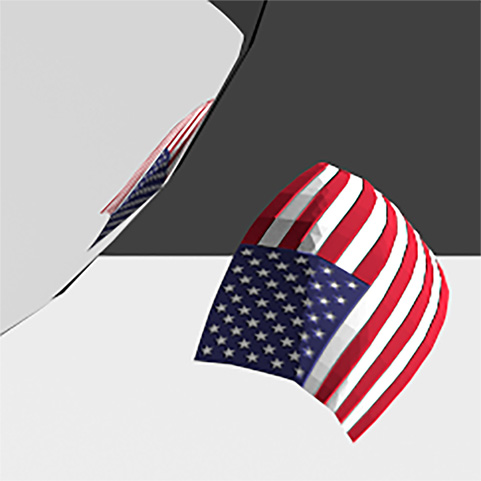 This is consistent with the real world behavior.