Let's examine the shadow of the probe more closely.

The red circles mark the shadow from the actual probe. The green line marks a shadow caused by an impression, possibly left by the probe as it scraped across the lunar surface as the module was landing.
The actual shadow of the probe doesn't extend into the astronaut's shadow in either the photograph or the reflection. Only the shadow left by the trench the probe produced extends into the astronaut's shadow.
Lets look compare the shadow in the photograph to that of its reflection in the visor 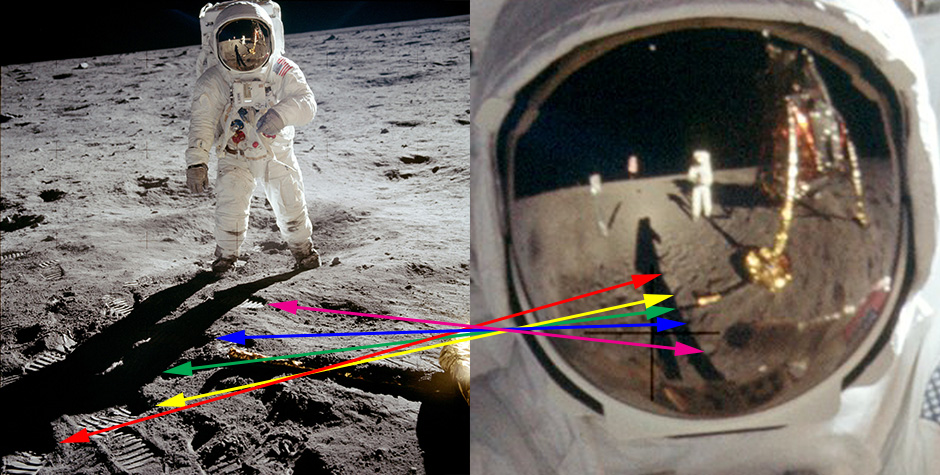 We can start to then match shadows between the two images. The astronaut's boots have left some impressions in the soft moon dust and pushed up some edges that now cast shadows in the sun.
We can trace back from the astronaut's feet towards the edge of the frame of the photograph matching these shadows as we go.
The shadows are in the same locations in the photograph and in the reflection.