If we examing the flag in the reflection a little closer we can defintely see a shadow cast by the flag. 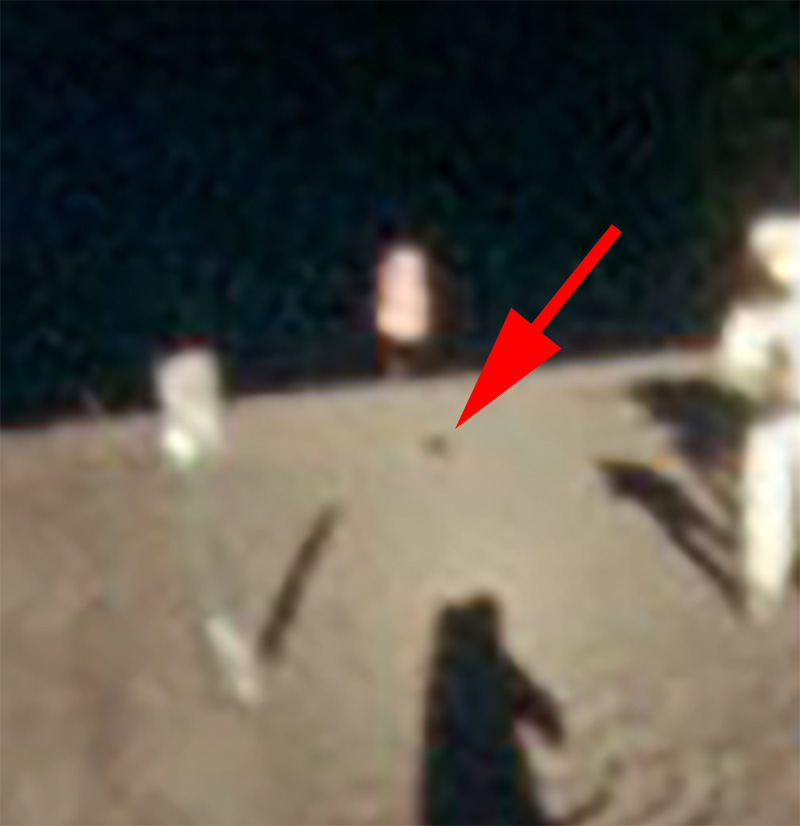 The shadow cast by the pole the flag is on can't be discerned but this doesn't mean that it doesn't exist. We know that the flag was stuck on top of a little rise and it may be a reasonable assumption that the shadow of the flag pole could be in a depression behind this rise before it rises again to allow the shadow from the flag to be visible.
And it is important to remember that this is only a very small portion of a photograph and the resolution of the image and the film may not be high enough to descern the small detail of the flag pole.
When examining photographs it is imperative that the highest resolution available for that photograph be used.