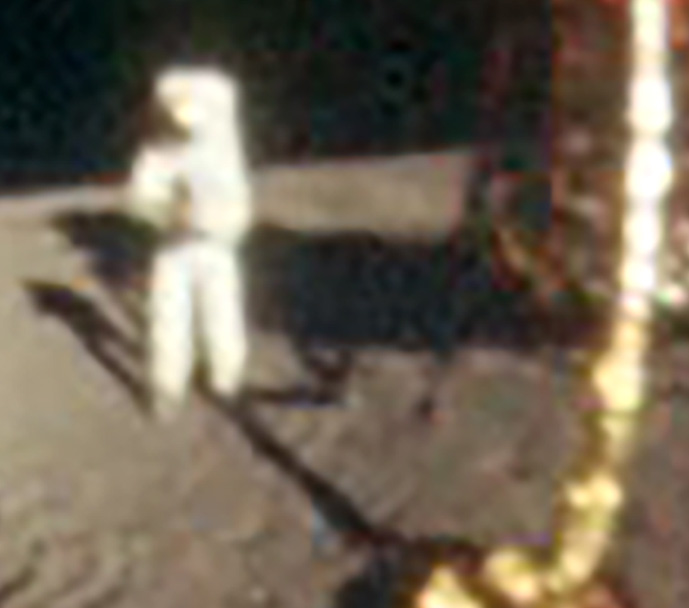 On cursory inspection it certainly looks as though the shadow cast by the LM's leg extends up to the foot and then continues behind the astronaut without ever casting a shadow over his torso.
Closer inspection of the foot on the right shows it is in shadow.
So why does the shadow seem to ignore the astronaut's body? It is important to remember that the LM leg is descending down the side of the LM at a steep angle and not vertical.
If we look again at our graphical render of the scene we can can see a similar phenomenon. 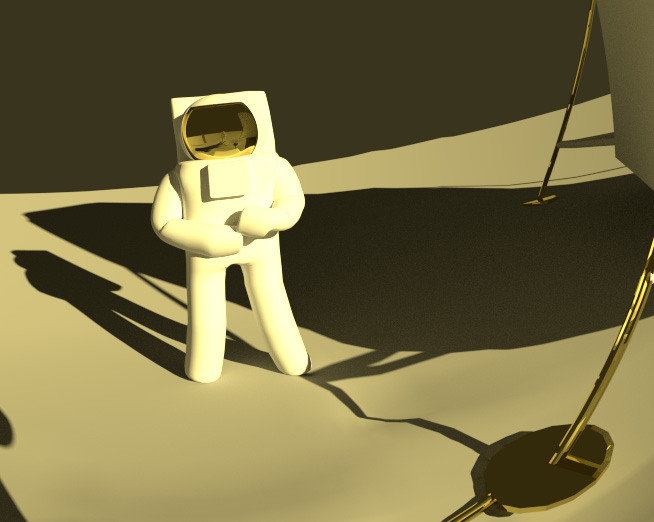 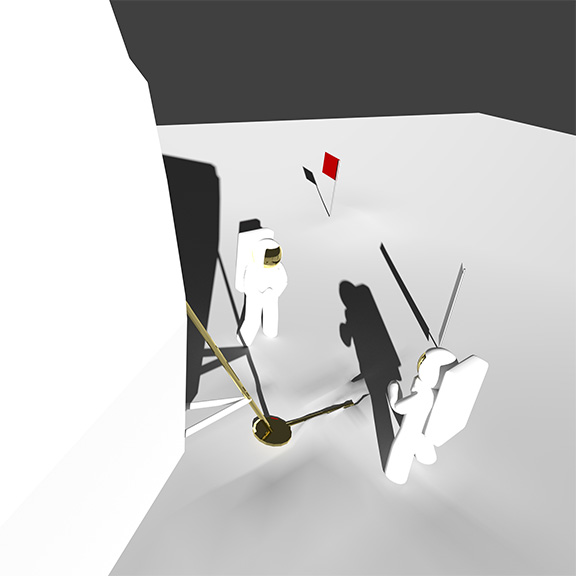 The shadow falls at an angle just to the side of the astronaut catching his boot and then continuing behind him. The angle of the LM leg and the angle at which it falls gives the appearance that it is continuing through the astronaut when it is actually going behind him at an angle. In the photograph the astronauts own shadow helps to blend the two shadows at the boot.
The shadow falls exactly as it should.
In order for the shadow to cross his body the lander leg would need to be further in towards the middle of the frame and the shadow of the leg would fall going from the astronaut's foot on the left to the shoulder on the right.