The photo that couldn't have been taken.

They point to several supposed "anomalies and absurdities" they have identified in the photo that support this theory.

I'll address each of these points with data from my own study of this photograph an provide explanations as to why this photo is correct.
Reflections in curved surfaces are hard to visualize. It gives us a different perspective than what we are usually used to seeing with our own eyes.
Shadows are two dimensional silhouettes cast by three dimension objects. Visualizing that translation can be difficult.
To test whether these shadows and reflections seen in the photo are authentic to the rest of the photo and whether there could be explainations for their appearance, I built a 3d model representing this scene using Blender.
Blender can accurately produce shadows and reflections from other objects in the scene using ray tracing. By building a model and positioning and posing the objects in the scene as they appear in the photograph, I can then look at the reflections in the visor and the shadow on the ground both in the foreground and in the reflection and compare them with the photograph. The result was this: 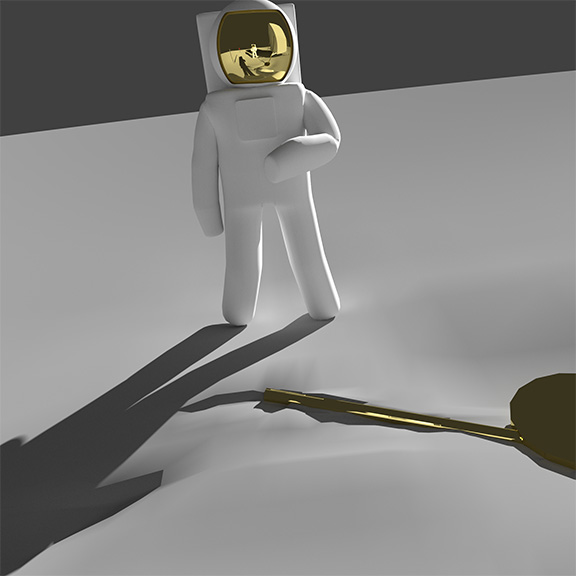 The astronaut's arm is similarly positioned in the photo and if we look closer at the reflection in the visor, 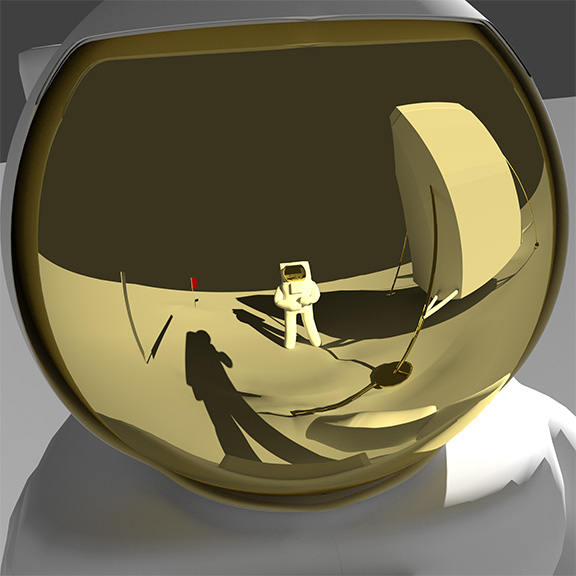 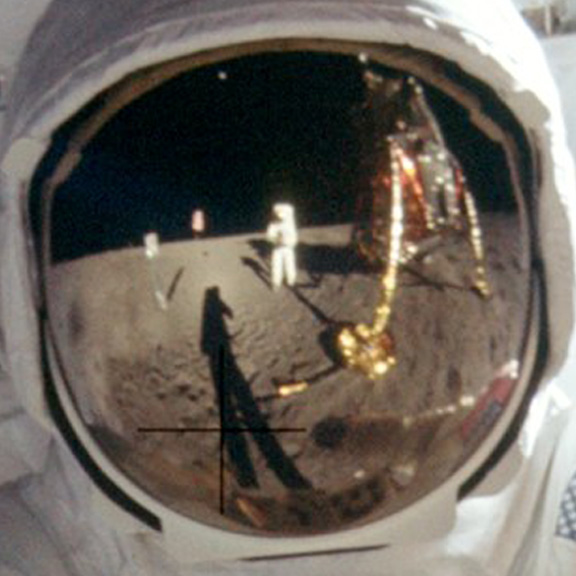 the arm appears extended due to the curvature of the glass, but the shadow in the reflection appears to be folded.
The sun is above, behind and at an angle to the astronaut in the photo, causing his shadow to be long and distorted as his three dimensional body casts a two dimensional shadow different than the body's overall shape we see in the photograph.
Since both the shadow and the reflection in this graphical render closely matches the actual appearance in the photograph we can be confident that the photograph is realistic and authentic and wasn't manipulated or manufactured.