Who took the photo?.

From Apollo 17 70mm Hassleblad photo of the astronaut (AS17-141-21608).
Enlarging the reflection in the visor supposedly shows another astronaut off to the left of frame in a position in which he couldn't take the photograph.
Here I've enlarged the detail in the visor about 1000x and flipped the image horizontally to correct for the mirror image reflection. 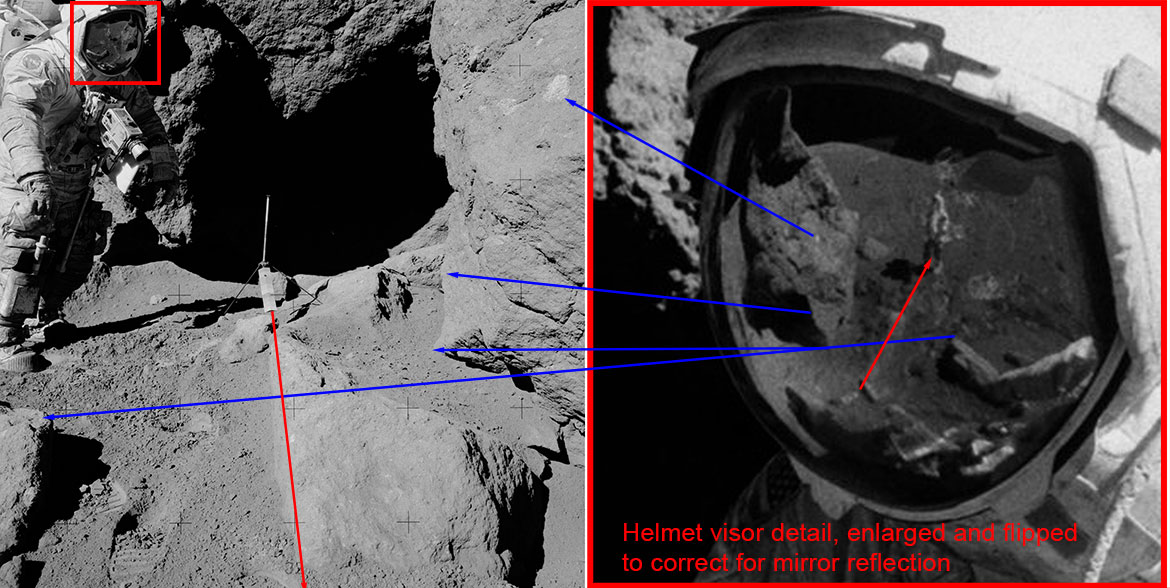 The red arrow line on the left leads from the geology aparatus and chip chart, follows the edge of the rock in the foreground and ends up roughly centered in the bottom of the frame.
Marking the same red line on the visor detial and following the same landmarks you end up at the other astronauts feet.
Other identifiable corresponding landmarks are marked in blue.
There is not enough resolution in the photograph to be able to descern the camera itself. He may be holding it in his hands rather than having the camera mounted to the chest.
The photo also suggests that the astronaut appears to not be wearing a backpack. But the boxy squared off helmet suggests he is. The shadow cast on the ground also shows the boxy shadow of the backpack.