This is from Apollo 17 footage at 165:30:20. Enlarged 2X.
Some say that this is evidence of a "whistleblower" on the "set" of the moon landing hoax that is trying to subtly communicate with the viewers that this landing was fabricated. In reality this is just a hair or other fiber in the film gate during transfer. A hair or other debris can get stuck along the edge of the gate or frame that sits in front of the film as it is exposed. The result is little lines along the edge, often the top and sides of the frame. They may eventually work their way free as more film is passed throught the gate.
Some overexposed areas create film emulsion bleed washing out parts of the hair. This creates the illusion that the hair is obscured by the astronaut.
This progression of frames illustrates that if this was the case that half of the hair is in front and behind the subject at the same instance, which isn't possible. 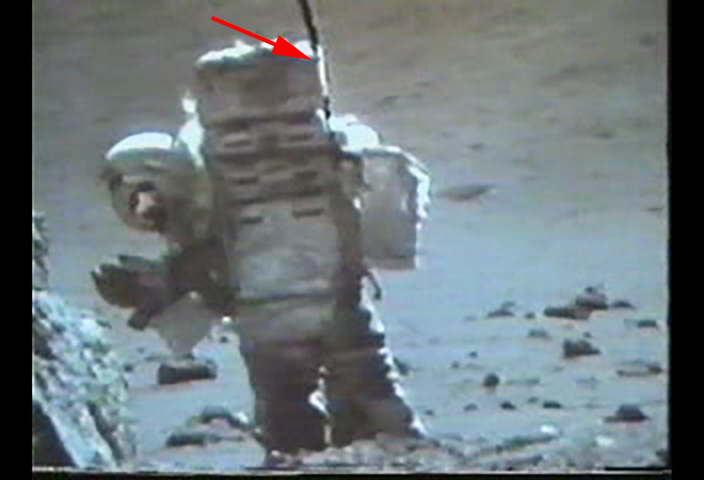 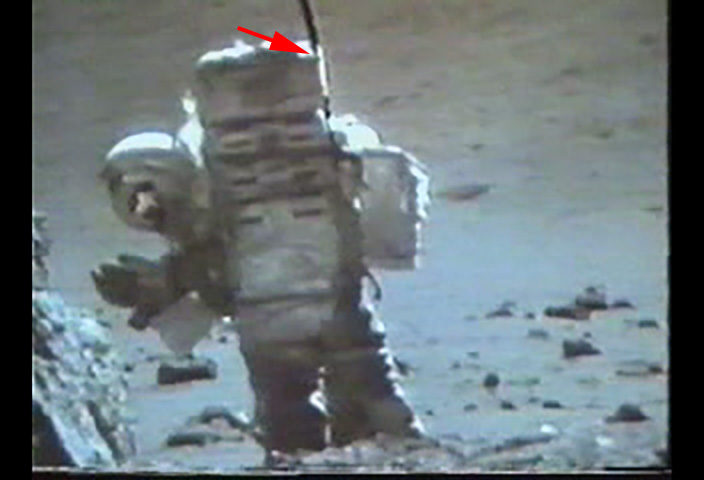 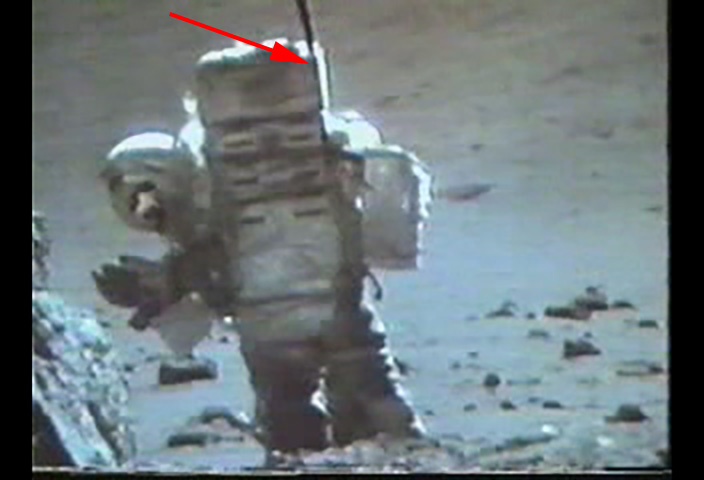 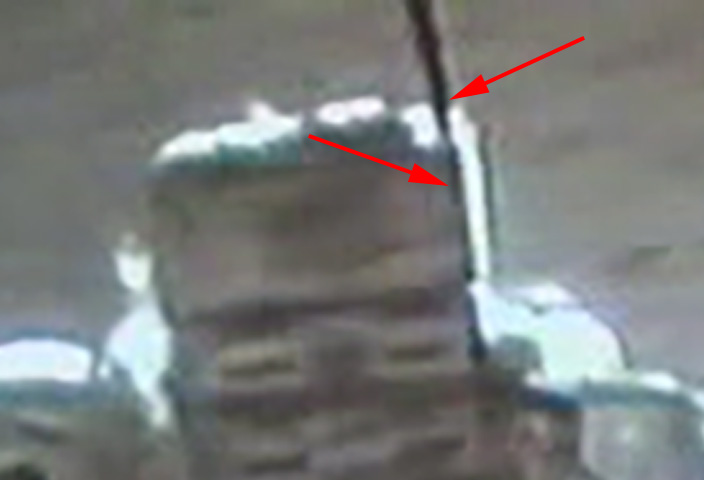 Enlarged area from the frame above. 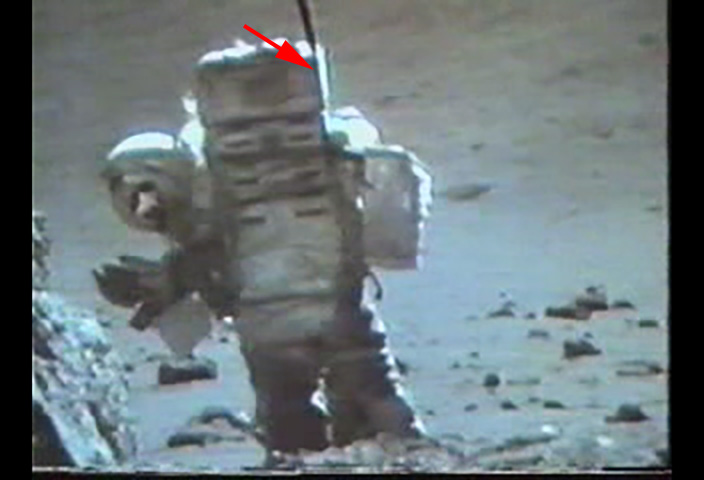 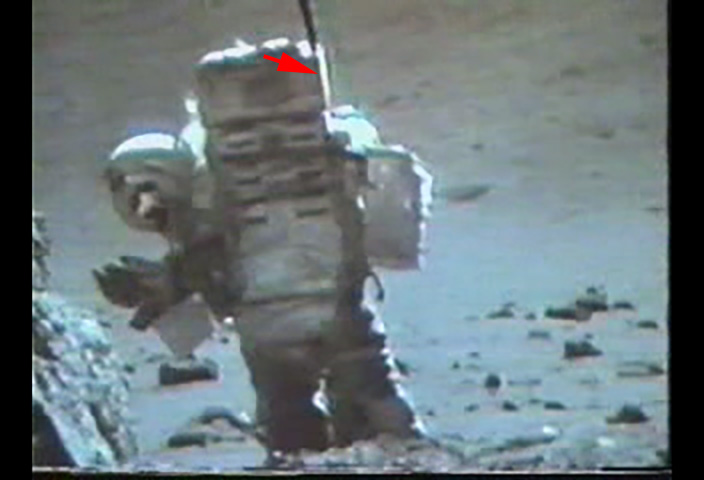